How To Develop A Healthier Food Mindset 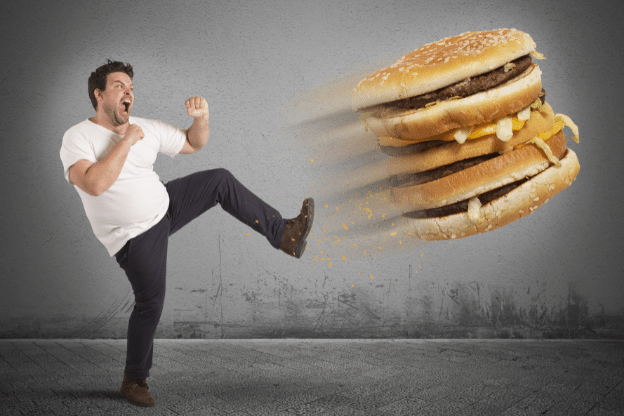 Have you ever heard or said this before, “I just burned 400 calories on the treadmill. Now I get to eat an extra 400 calories.” Here are three reasons that will hopefully push you away from that sort of mentality.

Number one, you’re not a dog so you shouldn’t reward yourself with food. The activity and reward mindset cheapens both the value of exercise and quality of nutrition.

Number two, pieces of cardio equipment are generally awful at estimating the number of calories you burn. They don’t typically account for fitness level, age or body composition. So if you’re ever getting a calorie estimation off of a piece of cardio equipment, you should expect that number to be off by at least 20%. And that’s being pretty generous.

So overall, it’s just not a great game to play. You’re better off focusing on consistency of daily activity and nutrition.